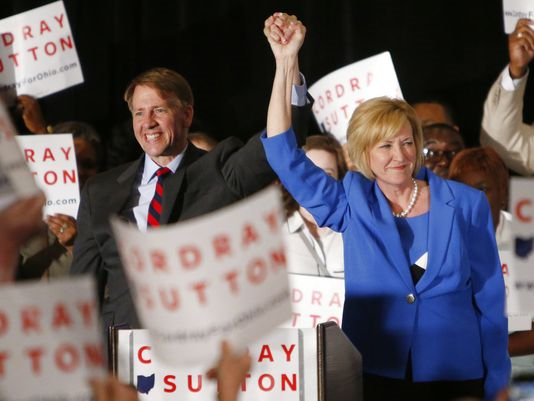 (reprinted from Summer 2018 The Voice)

Before becoming the Democratic candidate for Governor, Richard Cordray built a long record of fighting for working people and holding both big banks and corporations accountable.  As Ohio’s Attorney General, he recovered more than $2 billion for Ohio’s public teachers and retirees who had been victims of fraud and financial predators.

After that, he served as the first-ever director of the Consumer Financial Protection Bureau (CFPB), where he led an agency, launched in the aftermath of the nation’s financial crisis, dedicated to defending working families against Wall Street and corporate abuse.  As CFPB director, he brought actions against some of the nation’s largest financial institutions, forcing them to pay nearly $12 billion to over 30 million Americans who had been cheated or mistreated.

Cordray is strongly opposed to Right to Work for Less legislation.  As governor, he will oppose and refuse to sign any such bill that comes to his desk, protecting you and other working Ohioans.

“Richard Cordray has proven that he’s not influenced or intimidated by special interests,” says Local 880 president Carl Ivka.  “Our Republican-dominated state government has sacrificed the needs of Ohio’s working citizens in order to serve big donors and big corporate interests.  That needs to stop.”

This is one reason why Cordray supports Ohio’s Medicaid expansion as well as the Children’s Health Insurance Program—two programs that provide needed benefits to thousands of Ohioans and help keep the cost of health care affordable for everyone.

In addition, while GOP gubernatorial candidate Mike DeWine has done little to impact Ohio’s Opioid Crisis, Rich Cordray has crafted a detailed plan to recognize the emergency, coordinate an effective response, boost funding for prevention and treatment, and replace despair with hope and action.

“This November, we can’t allow ‘Business as Usual’ to go on in our State Government,” declared Ivka.  “Our state and our local communities have suffered under the current state leadership, and we need to re-center our priorities—so people come first.

Richard Cordray has the record, the experience, and the mindset to improve the lives of working Ohioans.  He has earned our support and our vote.”